Programs don’t look much different when running under subuser. So there’s not much to see. 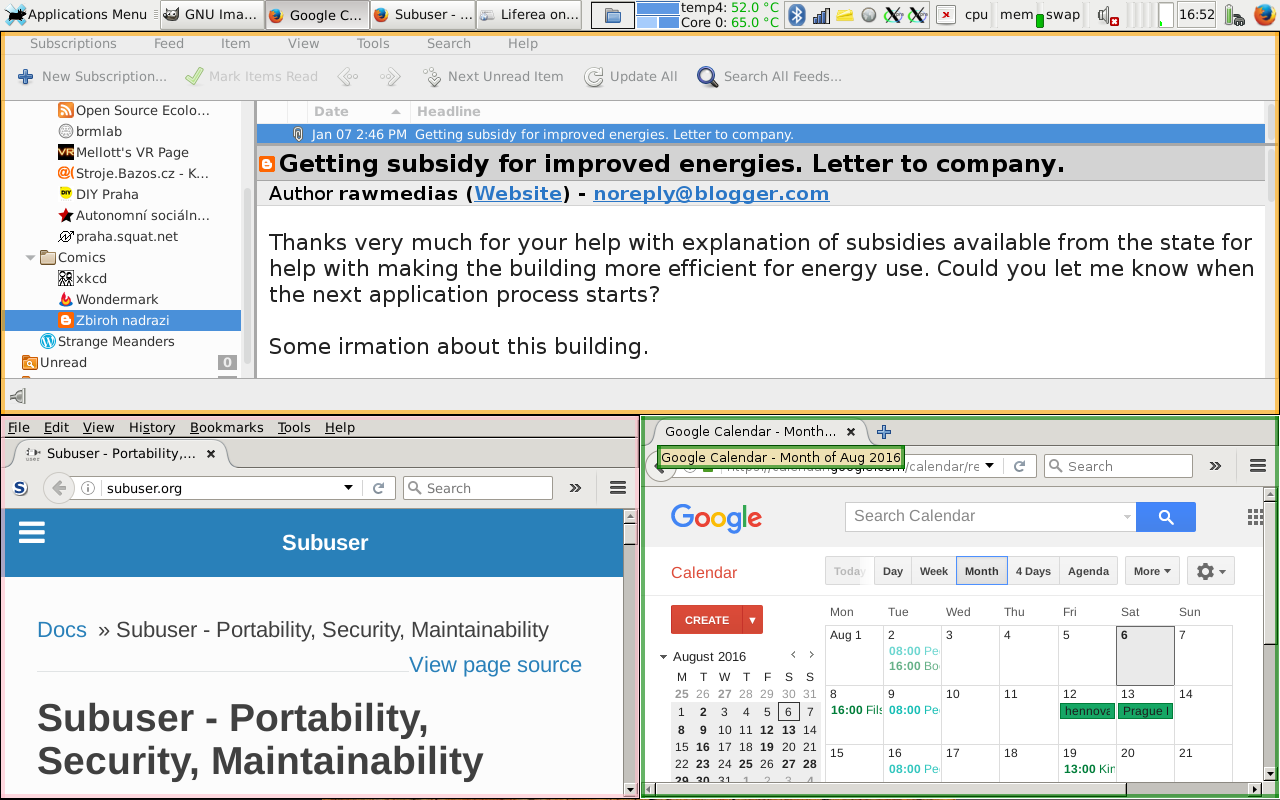 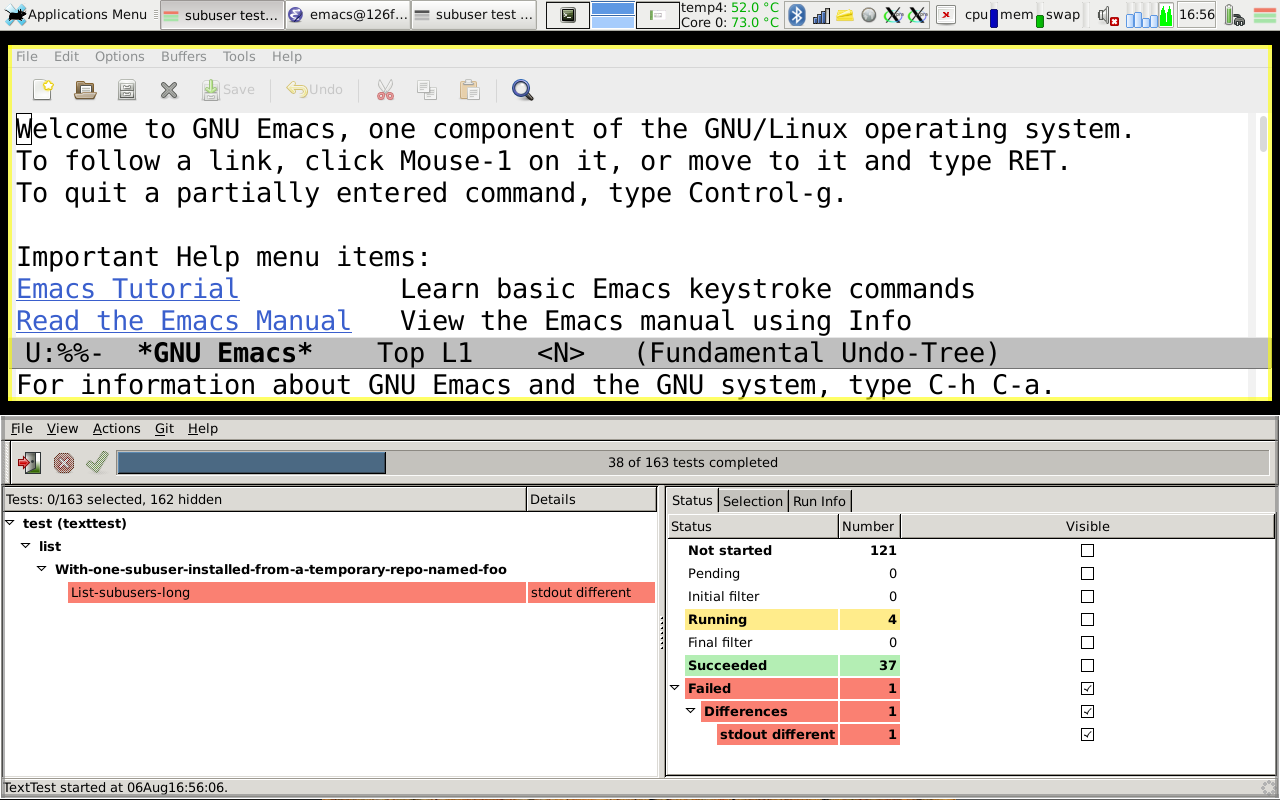 Subuser itself is developed in emacs running in subuser. The test suit also runs within subuser. 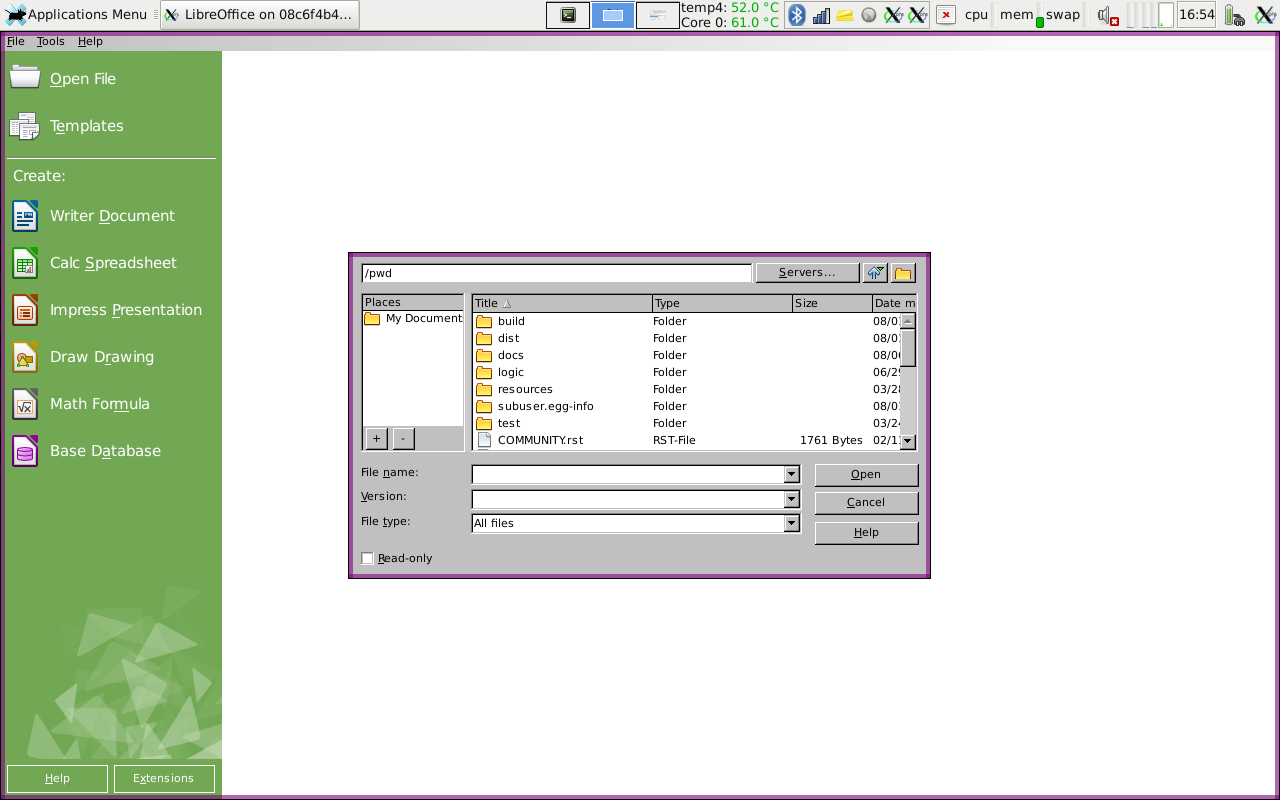 Libreoffice also works in subuser as do most programs. Note that only files and folders in the $PWD from wich libreoffice was launched are accessible.