It has become abundantly clear, that with enough eyes on the code, all bugs are deep. Typos and off by one errors will be fixed by people casually browsing the code base, but deeper structural problems will remain. Few read the entire source and fewer still understand its structure. Over time, these problems worsen as contributors unfamiliar with the code base bolt features on to the side with little planning or understanding. It is for this reason that I have chosen to document subuser’s architecture and I kindly request that you skim over this documentation before getting out the ducktape.

The subuser source is stored in the logic directory.

Subuser is written in Python with an object oriented architecture. The main data structure in subuser is a tree of objects. The base object is a subuserlib.classes.user.User object. 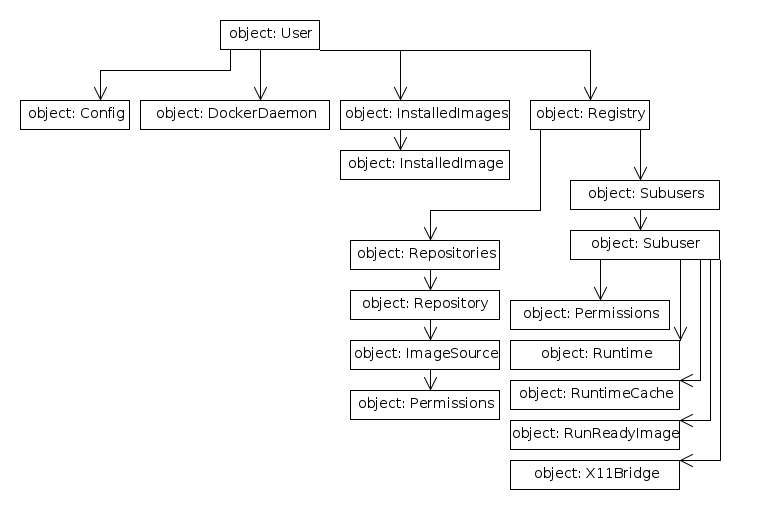