Subuser 0.6 - More of what users want and less of me telling them what they want.¶

Subuser is a program that helps you run GUI applications in Docker. The project has been around since February 2014 and has gone from being an experimental and ambitious project to being a fairly stable workhorse which fulfills my containment and portability needs well enough that I often forget that its running. Today I’m happy to announce the 0.6 release.

For a long time I have had an issue open on github Being a member of the docker group is the same as giving a user full root access to the system. I was very open about this issue warning people about it at install time. I was always irked by people who were turned away by it. I felt that they should be happy about the fact that I was so open, upfront, and honest about subuser’s flaws. Over time, I’ve reacted to this complaint in three different ways.

I was stupid and arrogant and y’all were right to hate me for it. The fact is that subuser is still an early and somewhat experimental container distribution platform and asking users to fundamentally change the way their computers work, just to use subuser, is absurd.

I’ve realized this, I apologize for being an arrogant senseless git, and have changed subuser to now subuser support running using sudo, so you don’t have to become a member of the docker group to run subuser. To run a subuser named vim you still just type subuser run vim, but now, you might be prompted for your password before the container is launched.

Here is an example showing how I launch subuser dev when working on textgraph on my laptop. On my laptop my main user is not a member of the docker group but it is a sudoer. 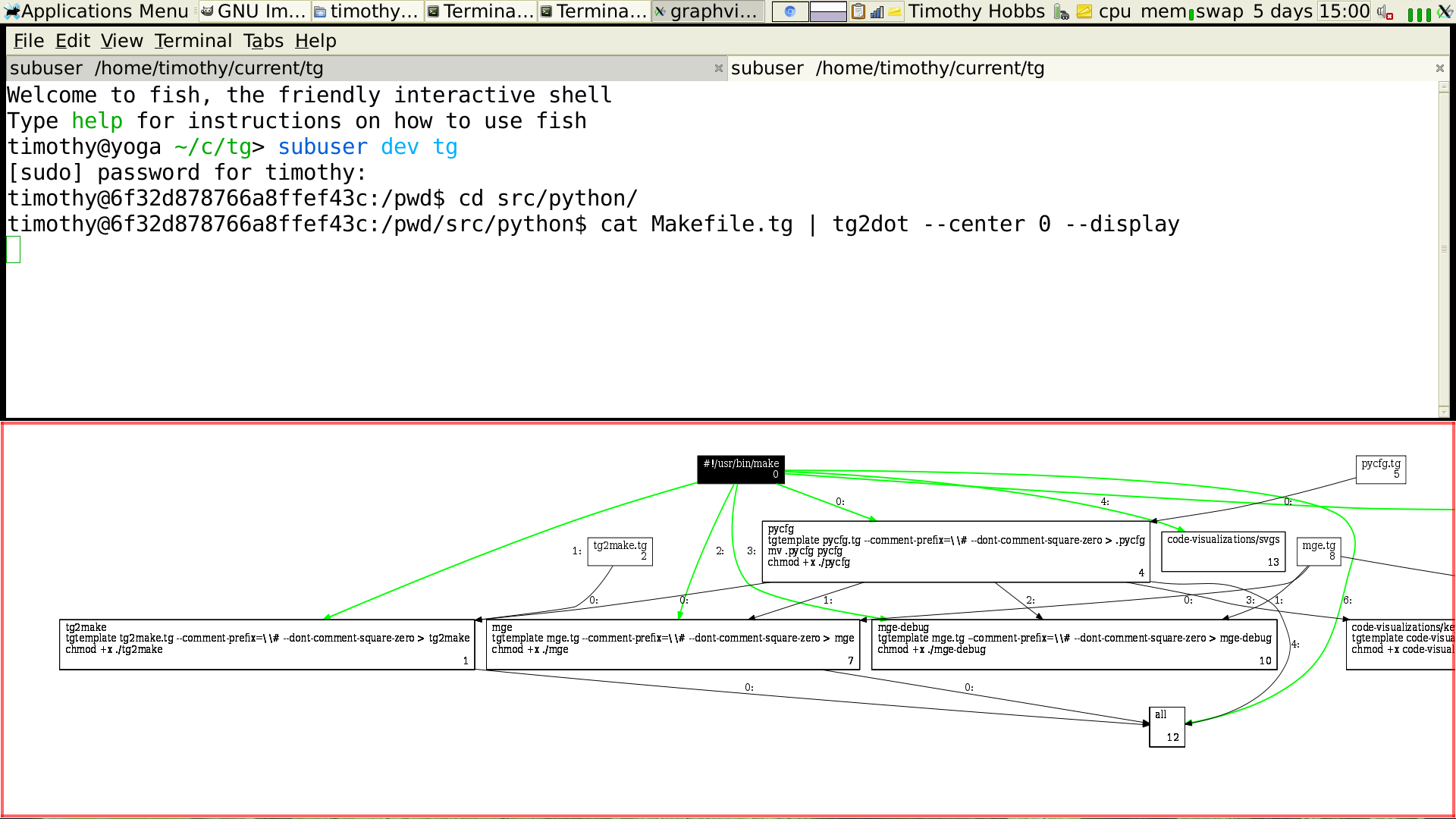 As a debian user, I occasionally get bitten by a package upgrade or install that doesn’t work. All of a sudden, my system will start misbehaving and I won’t know why. I always google apt-get logs and am always disappointed with the results. So with subuser, I decided to do better. Again due to my own arrogance, I didn’t really think about what was wrong with the apt logs. I decided to throw subuser’s registry files into git, pin a giant and opaque log message on to my commits, and call it a day. This lead to unusable logs. Subuser 0.6 improves this at least a bit. Now when you run subuser registry log you will see a list of the subuser commands that you have run that have left changes to the registry.

You can also cd to ~/.subuser/registry and use standard git commands such as git diff to get a more detailed view of what happened.